Writers need to believe in themselves and their work 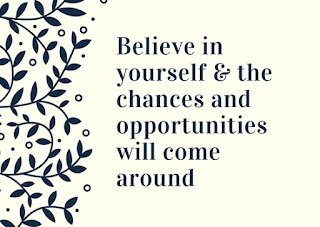 Writing can  be -- and is -- a hobby for many people. It  helps them de-stress and relax, connect with readers and writers and provides immense enjoyment.

Writing can be -- and is -- a profession for many others. It helps them earn a living. Screenplay writers, authors of best selling novels, content writers fall in this category.  For them, writing is not only an enjoyable endeavour but it is a form of livelihood. I belong to this category.

In August, I found myself in the happy position of having my script COACHING CLASS placed as semi-finalist in the reputed Academy Nicholl Fellowship (2017). It was a major milestone in my writing journey. From a professional point of view, it meant that it was a kind of a stamp or certificate if you will, for filmmakers who are on the look out for professional screenwriters.

Sure enough, I began to get requests from talent management companies almost immediately and one of the top Indian production companies showed interest too. All very exciting, believe me.

A few weeks later the production company got back with feedback on the script. They were interested and would like to take it forward subject to some conditions.

Changes in one's work is inevitable--especially if you are writing for movies. Film-making is a collaborative business and it's necessary for different departments -- such as direction, cinematography, editing -- to work together to translate the writer's vision into a feature film.  So, some things, while they work on the page might not work on the screen and a writer needs to (based on inputs from the film-making team) make changes to her/his script.

I realized that the production company's feedback and the changes that they sought in the script would be necessary to make the script morph into a movie. However, while I was willing to do that there was a bigger problem with the company's T&Cs.

Their bottomline: they wanted me to make the changes as per their brief without a contract and without being paid for my time and work. Moreover, if they didn't like the changes I made, they could wash their hands off it and I would be back to square one! They would sign a contract only if and when the whole team had approved the rewritten script and I would have to keep working on it till it was considered greenlight-worthy!

My bottomline: My work as a professional writer was being undermined.

You might wonder what's the big deal in rewriting a script for free when there is a chance of bringing it to life on the celluloid screen? Well, look at it this way... suppose you had a legal battle on your hands and you approached a lawyer to fight the case for you? You would be expected to pay the lawyer for his work and time whether or not he/she won the case for you. The lawyer is providing you with a professional service for which he/she needs to be compensated. The same rules should apply to creative professions as well. But unfortunately they don't.

Given that the story is the foundation on which a film is built, it is neither fair not right to undermine the writer's work by suggesting that she work for free and without a contract. Sadly, writers continue to undermine themselves and their rightful position in the industry by agreeing to write for free to get their projects developed into films.

I tussled with the decision but I decided to pass up on this so-called "opportunity". I believe that as a writer we need to respect ourselves and our own work before we demand respect and dignity from the industry.

Did I do the right thing? Would love to hear your thoughts....