January 05, 2019
Hello Everyone. I'm very happy to introduce you to author Ruchi Singh and her new romantic suspense book, Guardian Angel. Many of you have probably read The Bodyguard (and if you haven't, you absolutely must!) which featured a strong woman protagonist in the titular role. This time Ruchi brings to her readers yet another awesome protagonist. Want to find out more? 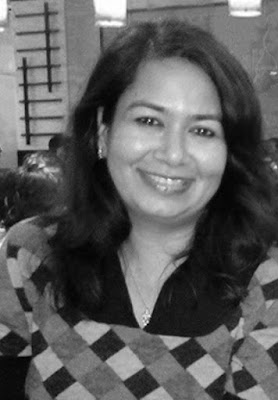 Congrats on the release of your book. Coming close on the heels of The Bodyguard, is this a sequel or prequel? Can it be read as a standalone book?

RS: Thanks a lot, Adite, and thank you for hosting me on your blog.

‘Guardian Angel’ is a spin-off from ‘The Bodyguard’ and can be read as a standalone book. It features Nikhil Mahajan, who is an important character in ‘The Bodyguard’, as the main protagonist.

Could you tell us a bit about your book and what inspired you to write it?

RS: Readers loved Nikhil’s character in the previous book. I was getting quite a few direct messages from the readers and in the reviews that they would like to read Nikhil’s story, even if it is set prior to the ‘The Bodyguard’, as far as timeline is concerned. So, in a sense, the readers inspired me to write this story.

Bodyguard had a very feisty female protagonist in Esha. Could you tell us a bit about your protagonist of Guardian Angel and why readers will love her?

RS: The female protagonist in Guardian Angel is feisty too in her own way. She is courageous, gritty and intelligent. I am afraid I can’t reveal too much about her right now.

What was the most difficult part of writing this book and why?

RS: Rescuing Nikhil in an efficient way was the most difficult part. I wanted to make it as plausible and realistic as possible. I lost weeks of sleep over it. I had to re-write the entire episode three times to get it right. 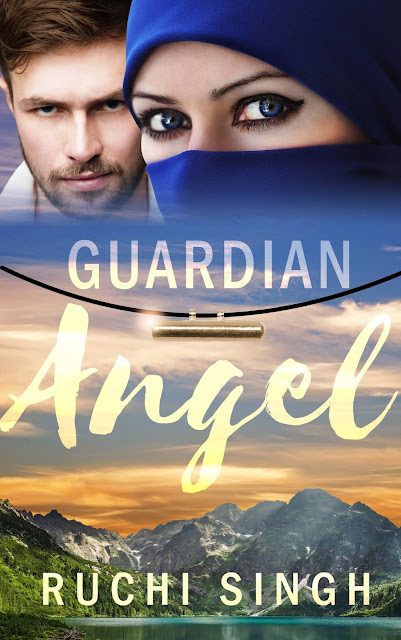 Could you share an excerpt from your book please.

As I said, I try to make my characters as realistic and human as possible, so the following is my favourite piece…

In the bathroom, he stripped off his clothes and looked in the mirror for the first time since the day of the bomb blast in Mumbai. He couldn’t recognize the man staring back at him in the mirror. His hair, matted with dirt, was stuck to his skull. The only things which were clean were his wounds and the skin around it which had been taken care of by the hospital nurse.

He had a full-fledged beard with a patch of bandage where the skin on his face had burned. The scar would definitely leave a reminiscence of…? Of what? What should he call the events of the past weeks? An incident? An episode? A misfortune? He drew a blank. In retrospect, past few weeks seemed like something which could not be explained in words.

Pushing his confused thoughts aside he examined his leg. The burns were deeper on the shin and thigh, the doctor had told him. He looked gaunt, a shadow of his former self. He must have lost at least ten kg, if not more. Sighing audibly, he unwrapped the new toothbrush and remembered his own electrical one in his bathroom back home.

Everything unfamiliar, and every person a stranger. A new name. A new identity. His ordeal was far from over. He picked up the new tube of the toothpaste and felt like a beggar.

Taking the support of the wall, head bent down, he stood under the shower with the water running down his face, and wept. The adrenaline rush of keeping himself alive receded as he emptied the fears, worries, and helplessness of the past month down the drain with the bathwater. The thought of being able to see his parents soon made him more emotional. He sniffed and sniveled, and resolved to take back control of his life. And most of all, he resolved to do something about those monsters back in the Tral forest.

Thanks Ruchi. The excerpt is absolutely riveting. I sure can't wait to read the book.

All the best with Guardian Angel and hope to read many more books from you!