"Nobody deserves to suffer because of the way they look": Sudesna Ghosh

February 22, 2017
When I read Sudesna Ghosh's novella, Just Me, the Sink and the Pot, I was struck by how poignant the story was. Told from the perspective of an overweight young girl, Pamela, who struggles with negative body image issues, I wondered how much of her story came from the author's own experience. Sudesna shares her story of how Just Me... was born. Over to you, Sue! 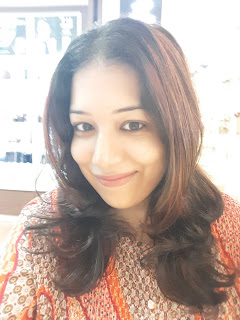 "You're so pretty. Guys would love you if you'd lose some weight!" I've heard that line ever since my school days and believe me, the words hurt each time. So I grew up knowing I was pretty enough but too big to be loved or appreciated. If it wasn't kids my age, random aunties and uncles and strangers did the job of making me feel terrible about myself. Sometimes people excused their damaging words as 'concern' but that didn't help really. Fast forward to 2010, when I was at my heaviest body weight and hiding myself from people as much as I could, I decided to write Just me, the Sink & the Pot – that’s the title of my latest book.

As I wrote about Pamela's journey as a girl with negative body image, I relived my own school days. Yes, my book is fiction because a lot of it was written based on other overweight friends' experiences, but I can’t deny that a lot of it is me. In the book, my protagonist goes through issues that are characteristic of the Terrible Teens but it’s much worse because she is overweight and that takes over the way she thinks and perceives the world. To Pamela, it’s a world full of ‘normal’ sized people and her. From hoping with all her heart for that first kiss, to hopelessly watching the other girls talking to the boys in class, life sucks for Pamela. The book can get you teary at times.

Look at me. I’m 30+ and I thought I didn't deserve love or sex or romance of any kind for years. Why? Because of my body shape and weight. It took me this long to learn to love myself even though there are still days of doubt. I don't blame old classmates. They were young and probably picked up such behaviour and attitudes from older people around them and the media. And the uncles and aunts and strangers probably grew up being called ugly so they took it out on me. But till this day, I feel worse when women treat other women badly about the way they look.

I've hardly heard a conversation between two girls that didn't involve fat shaming another female. I've sat through movies with young girls criticising heroines for their butt size, their thigh width and their audacity to show cleavage past their 20s. I've also come across women and celebrities who claim to be against body shaming and size zero figures - but then they turn up in their skinny avatar all over again - not hiding their crazy diets from magazines and newspapers. I remember Parineeti Chopra getting a big award almost as soon as she lost a ton of weight. Closer home, I remember a neighbour finding a groom only after she lost 20 kilos and after she managed to live on boiled veggies and she made a habit of fainting.

So whom do I blame? Schools? The media? Bollywood? Our forefathers? More importantly, can we teach empathy? How many people know or care about the long term effects of negative body image? I'm not a Deepika Padukone, so even if I speak about this for ten hours straight, it won't be a big deal. But I hope to make it a big deal some day. Nobody deserves to suffer because of the way they look. Pamela in my story, is one of many girls who struggle to get the happiness that they deserve.