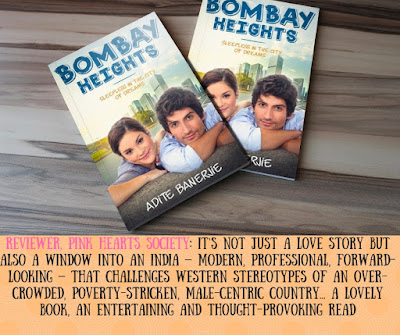 Reviews are a lifeline for authors. It's validation for the hours, days, weeks and months an author spends writing a book. They also help an author to figure what readers like or don't like about the book. Sure, there will always be those who just hate your book and won't tell you what about it they hated so much! Believe me, there can be nothing more soul-crushing than that. But you learn to ignore them as far as possible. And then there are those reviewers who tell you why they enjoyed your book! That's a review to die for!

Recently, I got one such review. Thank you, from the bottom of my heart, Sue, for your 4 Pink Hearts for Bombay Heights! It's just what I needed to give my sagging motivation a mighty boost! 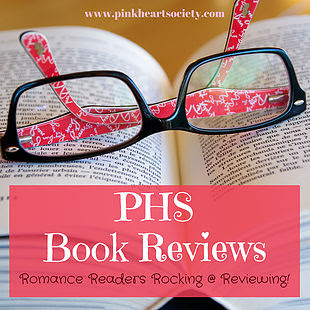 
It’s hard to pinpoint exactly what I found so charming about Adite Banerjie’s Mumbai-based romance Bombay Heights. The plot seems entirely predictable; Sanjana, the heroine is conventionally independent and strong-minded, yet melts like a chocolate teacup at the brush of a fingertip from Ash, the male love interest, who oozes sexuality with a hint of little boy lost. Honestly, he’s the sort of bloke – so attractive between the pages, and doesn’t he know it! – any sensible woman would want to slap if they met in real life. Sanjana, of course, is much more tolerant – she doesn’t actually smack him – but she does make it clear she’s no pushover. Inevitably, they become friends and eventually something more…

And, it’s the slightly unexpected way their relationship develops and the changing dynamics within Sanjana’s close-knit family, that makes Bombay Heights an above average romance: because it’s not just a love story but also a window into an India – modern, professional, forward-looking – that challenges western stereotypes of an over-crowded, poverty-stricken, male-centric country.

This new India is epitomised by Sanjana’s father, who, initially wanted Meghna, his middle daughter, to return to her abusive husband, because of his worry ‘about what people would say if her marriage broke up’. But, by the end of the novel he apologises. ‘I should never have insisted you return.’ Instead, he says, he must step back and let his daughters learn from their own mistakes. While Banerjie’s writing was sometimes a little over-lyrical for my taste, I doubt this would be a problem for most readers. A lovely book: an entertaining and thought-provoking read.

If you have read my book, please don't forget to leave a review on Amazon and/or Goodreads. It really does help!