A Special Film - Behind the Scenes of 7 Lives 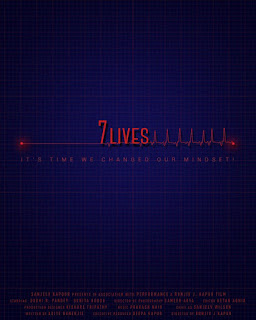 A couple of years ago filmmaker Runjiv Kapur told me about a heartbreaking incident in north India. A young girl had been shot and brought into a reputed hospital 'brain dead'. The girl's parents, as can be imagined, were overwhelmed and devastated. The hospital authorities were aware of the sensitive situation and yet they could not let go of the opportunity to help people who were desperately in need of organ transplants.

They approached the grief-stricken parents and requested them to consider donating her organs. That one decision could help give a new lease of life to seven people. The window of opportunity was short -- as the transplants needed to happen within a few hours of brain death.

The parents found it in their hearts to overcome their personal loss and willingly agreed to donate their child's organs. The processes were put in place. The hospital went ahead with the procedures but at the eleventh hour some community leaders came to know of this and raised objections on the grounds of religion and tradition.

This is the heartbreaking reality of India, ostensibly modern, and yet caught up with medieval values.  While researching the story, I talked to a heart surgeon who specializes in transplants and he sadly pointed out that organ donations, even in the big metros, is rare. 7 Lives, a short film based on this true story, is an effort to create awareness about the important subject of organ donation.

Here's hoping that the film will touch more lives and bring about a change in mindsets.