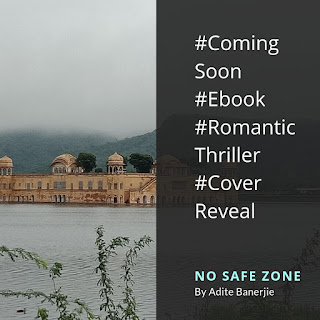 Do authors love some of their own books more than others they have written?  Having been a  writer for a while now, I believe that every book is special - and I have felt deeply about each of my characters. But if I were to pick that one title that has a special place in my heart, it would be No Safe Zone.

It's a romantic thriller - my first in this genre - which is set in one of my favourite places in the world: Jaipur. It features a feisty heroine Qiara Rana who is an activist and wants to change the world. The hero Kabir Shorey is to die for - an Intelligence Bureau officer who rides a mean motorbike and catches the bad guys! And these two have a history. Can Qiara forgive Kabir for betraying her? Can Kabir overcome his past and do good by Qiara?

Writing this story was a challenge as it was an escapist romance set in a real world. I'm so so happy to bring No Safe Zone out as an e-book. But before that, I have a Cover Reveal... I hope you love the cover as much as I do. It features the beautiful and mysterious Jal Mahal (in Jaipur) which was an inspiration for my story. 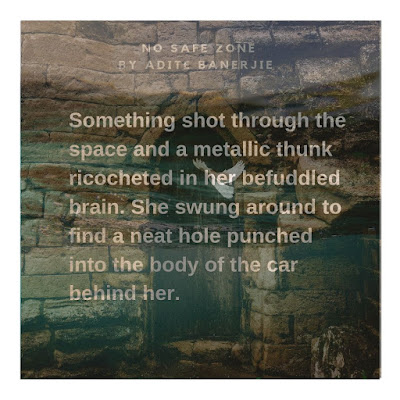 London-bred activist Qiara Rana will do anything to save her mentor and their NGO, Girls Rock!, from ruin. Even if it means visiting the city she had vowed never to return to.  But within a few hours of landing in New Delhi, she is being chased by a gunman and is a potential suspect in the murder of a high profile businessman. The only person she can turn to for help is Kabir Shorey, the man who stood her up ten years ago.

On a mission to bust an international women’s trafficking ring, Intelligence Bureau officer Kabir Shorey runs slam bang into the girl who has tormented his dreams. He is determined to protect her but can he save himself from the all-consuming passions that flare up between them all over again?

As the past and present collide in a deadly plot of crime and greed that moves from the cosmopolitan streets of London and Delhi to the bazaars and villages of Rajasthan, old secrets are ripped away. Treading the fine lines between safety and danger, truth and lies, love and betrayal, Qiara and Kabir discover that in life there is no safe zone. 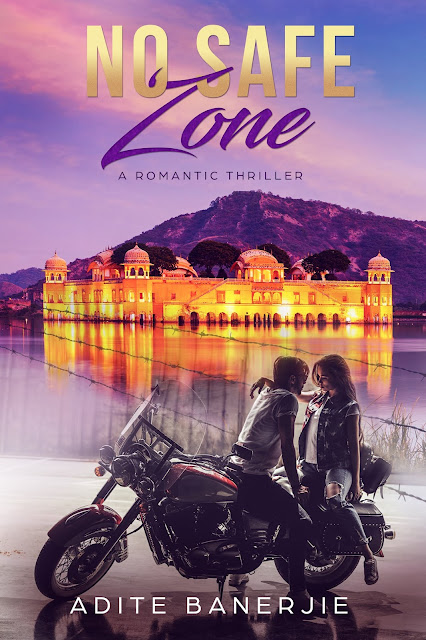 I'd love to hear your thoughts about the cover. :)