The First Screenwriter of Indian Films 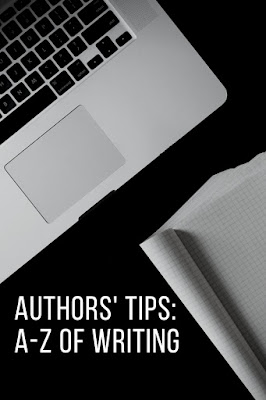 Welcome to Week S of Authors' Tips A - Z of Writing.

If this is the first time you are visiting this series, here's a quick recap.

Authors share their tips on writing fiction and each week we talk about various aspects of writing. This time, I'm doing a slightly different kind of piece. I hope you enjoy it.

Screenwriting is to filmmaking what a story is to a novel. Without a script or screenplay you can't make a movie.

Indian screenplay writers have not enjoyed the limelight until a few decades ago. And perhaps the most celebrated film writers are Salim Khan and Javed Akhtar.

However, Indian movies have a long and chequered history. Films have been made in India for more than a hundred years. And while we know and have heard of the pioneer auteurs of Indian films -- such as Dhundiraj Govind Phalke who's better known as Dadasaheb Phalke -- rarely has the Independent Screenwriter (who was not also a director) been talked about.

I have been reading Mihir Bose's excellent book titled Bollywood: A History where I came across the person who might well be called the Father of Indian Screenwriting -- Agha Hashr Kashmiri. Born in 1879 as Muhammad Shah, he hailed from a family of Kashmiri shawl merchants. His first play Aftab-e-Muhabbat was published in 1897. At the tender age of 18, he began his career as a playwright in Bombay.

According to Wikipedia he joined the New Albert Theatrical Company and his first play for the company was an adaptation of Shakespeare's The Winter's Tale titled Mureed-e-shak. It was a big success and he went on to adapt many of Shakespeare's plays. So much so that he came to be known as the "Indian Shakespeare", writes Bose. Kashmiri also Indianized the adaptations by adding short songs and dialogues with local idioms. 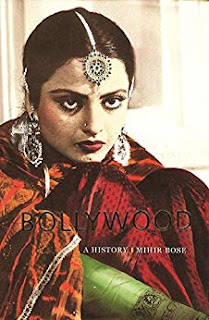 Among his most popular plays were Sita Banbas based on the Ramayana and Bilwamangal, the story of a poet who falls in love with a courtesan, Aankh Ka Nasha, dealing with the themes of prostitution and treachery, and Rustom O Sohrab, a tragic Persian folk story.

In 1914, Hashr, joined one of the biggest film companies of the time, Madan Theatre in Calcutta. He adapted many of his plays into silent films and when the talkies era began, so did his career as an independent screenwriter.

One of his most popular plays was Yahudi Ki Ladki (The Daughter of a Jew) which was published in 1913 and became a classic of the Parsi-Urdu theatre circuit. It was adapted for silent movies and was made into films during the talkies era as well. The most prominent of these adaptations were Yahudi ki Ladki in 1933 by New Theatres, and in 1957 with the same title. Bimal Roy's film based on the same play, Yahudi,  released in 1958 and featured Dilip Kumar, Sohrab Modi and Meena Kumari in lead roles. (On a personal note, my father, Desh Mukerji, worked as an assistant art director in Roy's Yahudi).

Mihir Bose writes: "Such was his (Hashr's) prominence that Urdu, the linguistic product of the meeting of Islam and Hinduism, exerted a tremendous influence on early Indian films, both in terms of the language used and the techniques of the Urdu stage. Hashr also introduced an innovation that has remained to this day: of having a comic sub-plot in every Indian movie, even if the film itself is far from a comedy. By the time he died in June 1935, at the age of 56, his countrywide reputation was so immense that all studios and theatres closed for the day as a mark of respect."