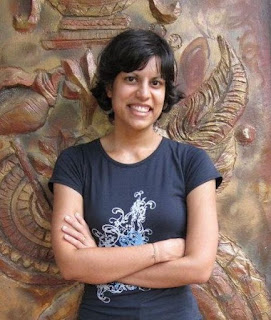 On my blog this week, I welcome my author friend Devika Fernando who writes multiple series and stand-alone novels in multiple genres. Simply keeping pace with Devika's fast and furious book releases is exhausting...and also extremely awe-inspiring. Seriously, Devika, you need to give me that recipe to your secret sauce! 😄

Without further ado, here's a look at 'Sweet Surprises', the latest title from the author. This is Book 3 in the Inn Love Series.

This small town romance series features novels that each revolve around a bed & breakfast in a different country. The books are sweet romances, set in countries like England, Canada, and Italy. They can be read separately as stand-alones with a happy ending and are great for fans of Nora Roberts. No cliffhangers, no cheating, but some mild swearing. 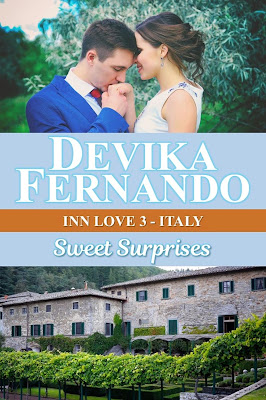 Italy has always fascinated Victoria. Now that the interior designer from America is there to help convert a grand old villa into an inn, it feels like a dream come true – even more so when she falls head over heels in love with the handsome gardener. The few precious days she shares with Riccardo make her rethink every decision she’s ever made in life. But just when Victoria is ready to take a leap of faith, she learns that her irresistible Italian isn’t who she thinks.

Riccardo Moretti is the heir to a marble empire fortune and definitely not relationship material. But when the fascinating American woman overseeing the villa’s transformation mistakes him for someone else, he seizes the opportunity. With her, he can truly be himself, removed from scandals and from his family’s claws. He’s lost his closed-off heart to the talented, outspoken foreigner - but will their love be enough to overcome all the obstacles and secrets in their way?

Sounds interesting, right? Here is an excerpt from the book....

Riccardo glanced at the woman walking next to him, wondering why he felt this strong pull towards her. It wasn’t merely attraction, though he found her utterly beautiful. His body was reacting way too powerfully to her nearness. That moment when he’d had his arm around her and her curves pressed close, he had felt such longing that it was almost a physical ache. Another second of her in his embrace and he’d have done something as foolish as kissing her.
Idiota, he mentally scolded himself, sei spazzo. It was crazy to think she would welcome such advances. They were basically strangers, and she had no idea about his true identity. And yet, he yearned with every fiber of his being to get to know her better.
“Careful.”
He grabbed her hand to stop her in her tracks. His short cut had taken them through a small thicket of trees that loomed like ghostly shapes in the moonlit semi-darkness.
“There’s a small stream running through here,” he explained and saw her lean forward to check why he had stopped her from strolling on.
“Oh, you’re right!”
Acutely aware that he was still holding her hand, Riccardo had to push himself to focus on the here and now.
“It’s very narrow here, just a few meters. There are stones you can step on to cross it, but you have to know where to set your foot.” He turned to her, feeling her fingers tremble in his hold. “I’m sorry, it was stupid to lead you this way but it’s the short cut I am used to. We can either walk back a bit and take the normal route or you can let me help you across.”
She peered at the inky expanse of water, trickling slowly rather than rushing like a proper stream. “Ah well, what’s a night stroll without a bit of a risk?” With a chuckle, Victoria shrugged. Was she aware that she hadn’t pulled her fingers out of his grip yet? “Let’s do this. But I have a feeling you did this on purpose, so you can be a gallant knight in shining armor without seeming chauvinistic.”
Yet again, she surprised him. Riccardo laughed, giving her fingers a squeeze. “No, I swear. I took this familiar path automatically, I wasn’t thinking.” And how could he think straight when being near her scrambled all his brain cells? “Shall we?”
“Lead the way, fearless knight.”
With another laugh, Riccardo oriented himself and then pointed at a dark shape by their feet. “Here, see. This is the first stone. They’re all big enough to get a grip but they might be a bit slippery. Just follow in my footsteps.”
At her nod, he took the first step and led her cautiously across the few meters of water. She let go of his hand as soon as they had crossed the brook, and he felt oddly bereft.
“Only five more minutes, then we’re there.” He nodded ahead, at where the lights were much brighter and closer now.
“Great.” She gave a single shiver, hugging herself.
“You are cold. I’m sorry. It can cool down rapidly here at night.”
He had no idea why he was apologizing for something clearly out of his control and not his fault. Reacting on instinct, he slipped out of his leather jacket and draped it around her shoulders. His hands lingered on her arms for a precious second or two, feeling her lean into the touch before he stepped away.
“Thank you,” she mumbled, her voice quiet and wobbly. Was she as impacted by their closeness and the tension shimmering around them as he was?
Calling himself a fool again, Riccardo lengthened his stride. The sooner he got her home, the better, or he would really do something stupid and invite her for dinner and a glass of wine. 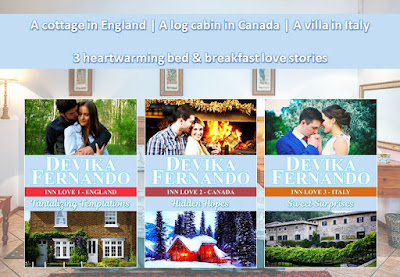 
You can also find Book 1 (Tanatalizing Temptations/England)  and Book 2 (Hidden Hopes/Canada) in the series here!

Almost as soon as Devika Fernando could write, she imagined stories and poems. After finishing her education in Germany and returning to her roots in Sri Lanka, she got a chance to turn her passion into her profession. Having lived in Germany and in Sri Lanka with her husband has made her experience the best (and the worst) of two totally different worlds - something that influences her writing. Her trademark is writing sweet and sensual, deeply emotional romance stories where the characters actually fall in love instead of merely falling in lust.

What she loves most about being an author is the chance to create new worlds and send her protagonists on a journey full of ups and downs that will leave them changed. She draws inspiration from everyone and everything in life. Besides being a romance novel author, Devika is a faithful servant to all the cats and dogs she has adopted. When she's not writing, she's reading or thinking about writing.