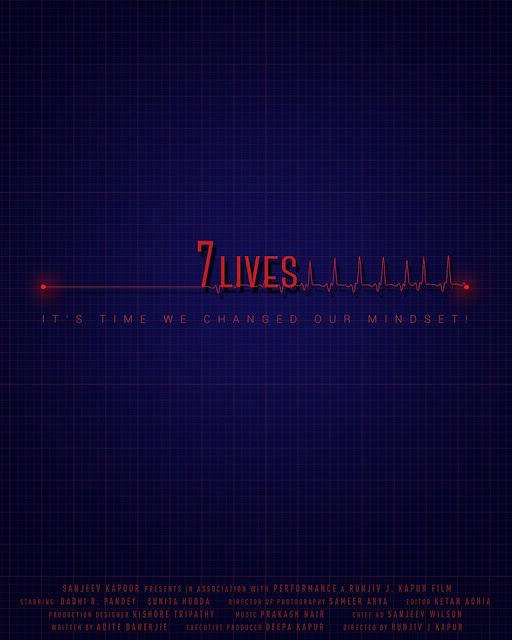 If I'm absolutely honest I'm often discouraged by just how difficult the screenwriting journey is. Staying positive over months and years, slogging away at scripts, pitching producers and agents and dealing with rejections can be exhausting. I have often been tempted to throw in the towel. What has stopped me from doing it?

Well, the sheer compulsion of writing a story that's visual and visceral. 7 Lives was one such script. It is based on the true story of a young girl whose parents want to overcome the pain of losing their most precious daughter by remembering her in a way that would give meaning to her life and theirs. They wanted to donate her organs but alas their wish was never to be fulfilled.

When Runjiv J Kapur, my filmmaker friend, approached me to write the script based on this story for a short film, I was excited but also a bit scared. Would I be able to do justice to the story? For me, 7 Lives will always be special. Not only because it was a subject that was compelling to me as a writer but also because 13 years after I started writing scripts, I finally earned my stripes -- an on-screen credit line. It's been a long wait but well worth it! The film is now streaming on Amazon Prime in the US and UK.