When Salman Khan Chose to Strip Off his Stardom 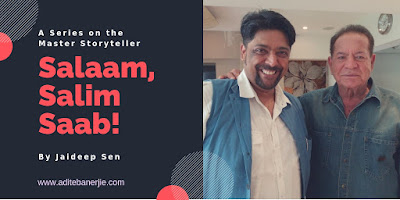 After writing 16 articles on the Magician with the Pen, Salim Khan Saab, I chose to do this piece on his mega-star son. The reason for that is undoubtedly the most landmark film—which I call a cinematic movement in the life of not Salman Khan, the Star but Salman Khan, the Actor—Bajrangi Bhaijaan. 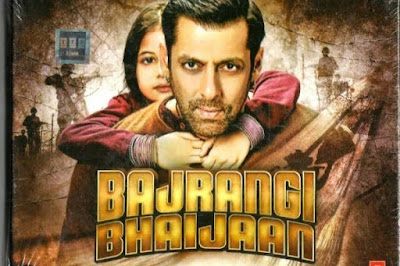 Every time I see the film, and I see it quite often since it’s a prized possession in my set top box, I am amazed that a mega-star like Salman Bhai, at the peak of his mega stardom, stripped himself completely off all the trappings of his success by playing Pavan Kumar Chaturvedi, alias Bajrangi Bhaijaan, with such simplicity, innocence and purity.  At that level of stardom it’s extremely challenging to detach yourself completely from the gigantic star that you are and become a common man to bring this character to life. 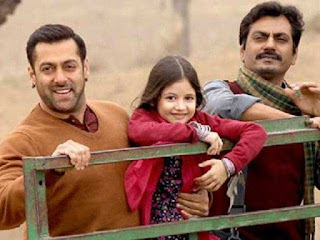 Great cinema, as a leading international director has said, is nothing short of a miracle. It is an amalgam of great writing of a character and great understanding of the DNA of that character by the actor who’s going to breathe life into it. That is precisely what Salman Bhai did, thereby opting for the best tool that a good actor can opt for, which is to not act but react, not play the character but become the character. That’s the precise reason why Bajrangi Bhaijaan had a miraculous effect on the audience worldwide and found that sweet spot of incessant critical acclaim and huge box office success. A combination that was the forte of Salim Saab along with Javed Saab whey they penned gems for Indian cinema.

Bajrangi Bhaijaan could only be played by a good human being because it’s that rare character, to become which your only fall back as an actor is goodness. You have to be that good to emit that halo of goodness which is why Salman Bhai’s goodness in the film is so captivating that the same sequences, the same expressions have the same overwhelming effect on you each time you experience that moment. That’s the hallmark of great writing by Vijayendra Prasad Ji, the extremely sensitive direction by Kabir Khan Sir and the complete synchronisation that he and Salman Bhai achieved in terms of pitching the character.

When I recently spoke to Salim Saab about this sterling performance by Salman Bhai he mentioned that it’s because Salman Bhai is not an actor who’s confined to a particular style of acting or mannerisms, he keeps himself fluid. With each film that he does, he finds the balance where to put a bit of himself into the character and when to allow a part of the character to seep into him.

Seeing the purity of portrayal of this particular character it seems the lines just got blurred between Salman Khan and Bajrangi Bhaijaan which has led to one of the most selfless characters and endearing performances we’ve not just seen but felt in the longest time. And this will stay with us for the longest time, thanks to a mega-star who decided to live and breathe this character by stripping off his stardom completely.


#1 Salaam, Salim Saab
#2 Silence that Speaks
#3 The Invaluable Value of the Pen
#4 The Guru of Screenwriting
#5 The Forever Burning Flame of Sholay
#6 The Strength of Characterisation
#7 Bond of Brotherhood
#8 The Sangam of a Genius and his Admirer
#9 First Link in the Zanjeer
#10 Vijay – The Eternal Winner
#11 Let's Celebrate Salim Khan!
#12 The Memorable Women Behind the Angry Young Man
#13 The Definition of a Love Story
#14 Relevance Etched in Stone
#15 Fuelled by Rejection
#16 Dialogue - the Spoken Word

Disclaimer: The views expressed in this piece belong solely to the author of this guest column.