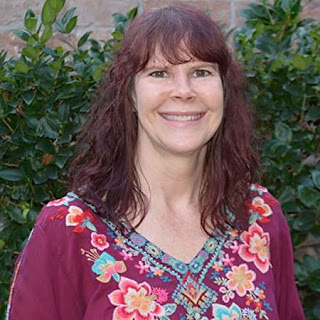 Writing good dialogue is a skill that needs to be mastered by writers. Through dialogue one can reveal character and story elements, dramatic conflict and much more. However, there are some common dialogue mistakes that need to be avoided. Author Pamela Todd-Hunter shares some of these... Read on...

Dialogue is essential to any story. It’s used to move the plot along, reveal something important about the characters, and keep the pace, but I’ve found that it’s not as easy to write as it seems. Here are several mistakes that can make or break a story.

Cover too much territory

Dialogue between characters is the easiest way to move the story forward and give information to the reader but be careful of how much you reveal. We’ve all been warned against info dumps. Usually these occur when the writer is describing the backstory and gives too much information at once, but dialogue can also cause this. Conversations between characters are one of the easiest ways to disseminate information that the reader needs but be stingy. Giving information all at once can confuse the reader and slow the pace of your story. When writing dialogue, you want to parcel out what the reader needs to know, you don’t want to dump it all at once.

Telling and not showing

We’ve all been told to show don’t tell. When writing dialogue, we must do the same thing. It’s easy to tell how a character feels, but you don’t allow the reader to experience it. The character can say I’m angry or I’m sad but it’s better to show how the character feels. Use tone or body language to convey feelings. Set the scene and describe what the characters are doing.

“This movie always makes me sad,” Sara said as the credits rolled.

This could be re-written to show what the character is feeling.

The credits rolled. Sara blinked to hide the wetness that clung to her lashes. “That movie gets me every time,” she sighed.

Trying to keep it real

Dialogue should sound similar to the way people speak. You want to sound natural but certain words such as um, ugh, and uh shouldn’t be used. Although they are common in real conversations they don’t belong in dialogue. You can describe a character’s hesitation or how they feel without using them. Also be wary of “talking heads”. Small-talk can set the scene or introduce the characters, but limit the amount used in your dialogue. Sometimes it’s best to get to the point.

Getting too creative with dialogue tags

When writing dialogue, try not to use “he said” or “she said” after each sentence since it gets redundant. On the other hand, using descriptive tags such as “he bellowed” or “she mumbled inaudibly” can be a distraction to the reader since they need to think about what the writer is trying to convey.

To remove the dialogue tag the sentence could be rewritten using action to show what the character is feeling.

“I don’t want to see a movie.” Sara crossed her arms and glared at Tom.

If you only have two characters in the scene, it’s easy for the reader to figure out who’s speaking. When you have more, break up the scene with action or character description.

Your dialogue doesn’t have a point

Don’t use dialogue to fill space. It should create tension, tell something about a character or plotline, and move the story forward. Dialogue is just as necessary to the story as each scene is. There should be a reason your characters are speaking.

When you’re writing dialogue ask yourself the following questions. Does the dialogue move the story forward, what’s the point of the characters talking, and is something revealed to the reader.

Pamela Todd-Hunter spent her early years in Houston, Texas where she developed her love of reading after discovering mysteries, gothic romances, and fantasy.

As a teen, she was fortunate to have been able to move to Europe and while visiting England and France her fascination with history was sparked. After returning to the States for high school, she pursued her graduate degree in Geology, but she never lost her passion for history or romance.

She now resides in Houston with her husband and three children. Still working as a Geologist, she writes historical romance novels in her free time.