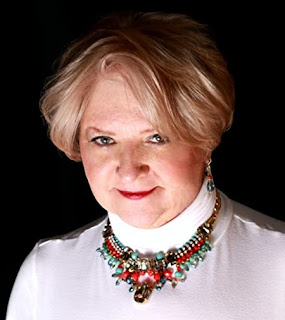 For women who write romance, getting the male point of view right is not easy. Karen Pugh who writes as PF Karlin, offers a few do's and don'ts...

Writing as a woman in a man’s point of view can be difficult. Let’s face it, men think differently than we do and we all know they hail from the other side of the galaxy. So how do we get inside their heads to write about what they are really thinking?
The first and most obvious step is to come right out and ask them. When we were writing our second book, Destiny Reborn, we decided to do some real life research and ask several men a simple question to obtain more insight into the male psyche. “What do you feel when you see someone you’re attracted to for the first time?” This was not the right question.

The first man gave us a blank stare. The second answered with a long drawn out “AH.” The third was a bit more vocal and politely answered, “How the heck do I know? I’m a guy and guys don’t talk about stuff like that.”
So, it was back to the drawing board and more research. You see, according to different studies, men are more concrete thinkers. They have all the same feeling as women do but they tend not to want to talk about them as much or explain them to anyone. No new information there, all women know we like to talk about our feelings.
The next question we devised for the same three men, “What do you notice first about a woman?” Man number one told us, “The face first, then legs and butt.” Man number two said, “If she’s in the distance the figure, but up close the face.” The third man answered, “I’m kinda a butt guy.”
We then asked the same three men, “Do you notice the details of the clothes a woman is wearing?” Man
one,“No. I just know they have clothes on. Then my imagination takes care of that problem.” Man three, “I notice more how they are worn rather than what’s being worn.”
Man two actually had the most insightful answer. “The first thing I notice is the shape. It makes a difference in what is being accentuated. For instance, if a woman is wearing a man’s shirt with only high heels, I’d notice her legs. If she had something low cut on, I notice her top, but I wouldn’t be able to describe the details of what see was wearing.” 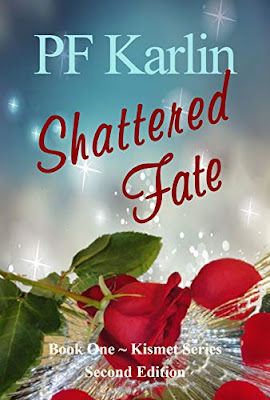 Keep in mind that men are concrete thinkers and don’t notice the details about clothes. Now for the tough part—how do you put that down on paper when writing in your hero’s point of view. Here are a few examples.

Example One: What not to do
When Belinda stood, he held his breath. She wore a spaghetti strap, pale blue, silk camisole. The
layered skirt came to mid-thigh, which exaggerated the length of her legs in those heels. It featured
a muted swirl pattern of white and pale blue, his favorite colors, and against her tanned skin, she looked so damn sexy. She wore her hair up in a ponytail that swayed back and forth keeping rhythm to the bounce of every step she took.

Do you see the problem? No average man would be able to tell you all the detail down to the muted swirl pattern on the skirt.

Example One: Re-written
When Belinda stood, he held his breath. She wore a skimpy camisole. The skirt came to mid-thigh, which exaggerated the length of her legs in those heels. With her tanned skin, she looked so damn sexy. She wore her hair up in a ponytail that swayed back and forth keeping rhythm to the bounce of every step she took.

Not perfect, but much better.

Example Two: What not to do
The sound of the click from the lock on the bedroom door caused him to raise his head toward the hall. His mouth dropped open as Belinda floated out into the glowing light of the living room Christmas tree. At first, he couldn’t move or say a word. He could only stare. “Robert, say something. Do I look alright?” She twirled around and the light blue chiffon of the strapless, sweetheart bodice, knee length dress floated in a circle with her.

Again, the problem is too much detail about the dress.

Example Two: Re-written
The sound of the click from the lock on the bedroom door caused him to raise his head toward the hall. Belinda floated out into the glowing light of the living room Christmas tree. At first, he couldn’t move or say a word. He could only stare. “Robert, say something. Do I look alright?” She twirled around in a light blue, chiffon dress.

Still not perfect but much better.

In the final example we just played around with how we thought Robert, our hero, would see Belinda in her black dress.

Example Three:
Robert scanned Belinda who looked sexy as hell in her black dress. It had long sleeves and the top half was cover in lace. The tone of her smooth skin peeked through over her shoulders and arms while the back plunged in a “V” to her waist. The skirt came mid-thigh and bounced as she moved. Her heels gave her legs a long slender appearance. She wore her hair up, twisted in curls on top of her head, exposing her neck. He could tell she had very little on underneath, and the sheer sight of that little black number draped over her delicate frame, made him want to explore. From what he could tell, one shiny button at her waist was all that kept the dress in place.

Robert watched her lift her fork and take dainty bites of food. If she keeps eating like that, I’ll never get that dress off of her. A ray of light bounced off that button and teased him. Excitement stirred within him. But, he just smiled, raised his glass to her, and took a sip of champagne, biding his time. The dress intrigued him. She obviously wasn’t wearing a bra or stockings. He caught a glint from her side. What would happen if I unfastened that button?
On their way back to the cottage, they walked down a path lit by ornate dim lamps. He rubbed his fingers over her bare back. She snuggled in closer. He felt a slight quiver rush over her skin as he floated his fingers under the “V” of the dress. Robert reached in under her arm and brushed the underside of her breast. She giggled. He pulled her closer.
As soon as he closed the door of the cottage, he took her in his arms. She rolled her head back and let out a gasp while he kissed the crevices of her neck. He toyed with the button at her side. Next to her ear he whispered, “I’ve been wondering about this button all night.” He nibbled at her earlobe. “And what would happen if I unbuttoned it.” With a slight flick of the finger, the button released and the dress back fell open.

This has much less detail about what Belinda is wearing and much more about Robert’s reaction to it. It is much more believable from a man’s point of view. To summarize everything we know, men know a woman is dressed, but they have no eye for or interest in the details of what she is wearing. What they are more interested in is what is underneath or how clothes accentuate a body part.

So when writing in the man’s Point of View, keep it simple. Think like a caveman because a lot of what a man sees stems from years of genetics that are far too complicated for this little article.

PF Karlin is a Yankee, hailing from Chicago Illinois. She graduated with a degree in nursing too many
years ago to mention. After having her fill of cold weather she packed up, left the Chicago winters behind and moved to Texas where she currently spends her time basking in the warm weather and living a comfortable life with her husband of thirty odd years. PF Karlin spends as much time as she can with her family, DIY projects, and watching old movies. So sit back, put your feet up, and relax as PF Karlin invites you to “Mingle Destiny with Romance.”