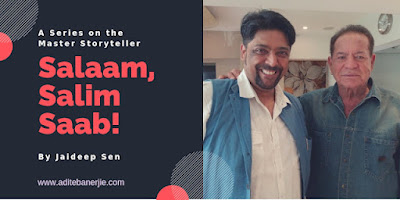 The other day I saw an interview of Karan Johar where he mentioned how upset he gets when he meets film related people who say they’ve not seen Sholay. Seeing the respect, he gave Sholay made my love and respect for Karan Johar go many notches higher because for you to be in Love with Indian Cinema, you have to be in love with Sholay.

I see some part of Sholay almost every day. In fact even while punching the keys of my laptop while writing this piece, the epic is playing in front as an inspiration. The reason Sholay stands on the Number 1 block of the victory stand of Indian Cinema since 15th August, 1975 and is unshakeable even 47 years after its release and will always be immovable is because it’s the only perfect amalgam of writing and form, that too in every department of filmmaking. 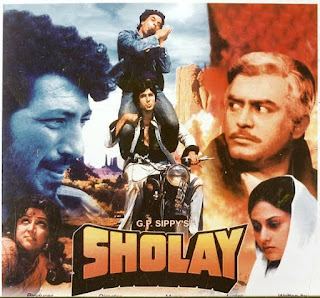 We need to be grateful to the writing of Salim Saab, Javed Saab, the big heartedness of G.P Sippy Saab and the craftmanship of Ramesh Sippy Ji for giving us what Shekhar Kapur has termed as the most defining film of Indian Cinema.

Even today we see traces of Sholay in modern day gigantic blockbusters like Bahubali where “Katappa ne Bahubali ko kyon maara” at the end of part one feels like an equivalent to why did Thakur not pick up the gun close to the interval point.

Bheem and Ram of RRR are the modern day Veeru and Jai which Javed Saab has himself expressed at the RRR Success Party and the audience, including me, is referring to Sanjay Dutt as Adheera in KGF 2 as a modern day Gabbar. 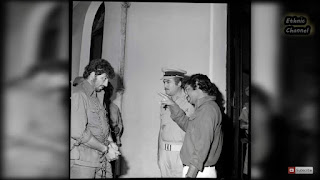 In fact, immediately after seeing RRR on the first day of its release I called its Story Writer V. Vijayendra Prasad Ji to tell him that I felt the film was a homage to Sholay. In fact, while seeing RRR a second time, I realized how a single bullet connects it to Sholay because here Ajay Devgn’s character and, in Sholay, Jai use that one last bullet to sacrifice their lives while blowing up the opposition. 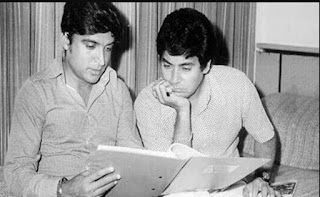 These are the permanent footsteps of eternal brilliance left on the sands of time by Sholay for which we need to be in eternal reverence and gratitude to Salim Saab, Javed Saab, G.P Sippy Saab, Ramesh Ji and Team Sholay for blessing us with The Greatest Story Ever Told.

Read his earlier posts in the Salaam Salim Saab Series:

#8 The Sangam of a Genius and his Admirer

#9 First Link in the Zanjeer

#12 The Memorable Women Behind the Angry Young Man

#13 The Definition of a Love Story

#17 When Salman Khan Chose to Strip Off his Stardom

#18 The Most Memorable Line of Indian Cinema